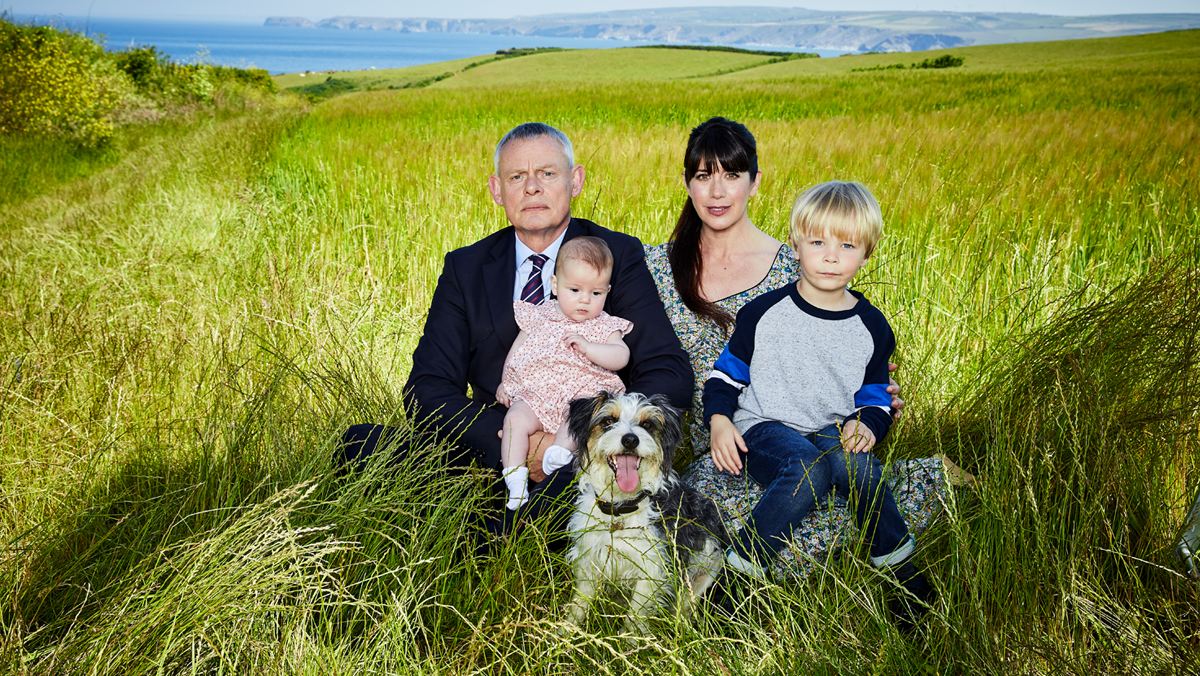 After its upcoming 10th season, the beloved British comedy-drama Doc Martin is sadly coming to an end. ITV has officially announced that season 10 will be the series’ last, with filming set to begin in early 2022.

Doc Martin premiered in 2004 and fans from all over the world have been drawn to the long running series and its brusque, iconic title character plagued by a phobia of blood, Dr. Martin Ellingham, deftly portrayed by Martin Clunes. From the doc’s trademark grumpiness to the lovable cast of oddball villagers who’ve managed to insert themselves into Martin’s life, the people of Portwenn have become like family to fans.

Two years ago today met the cool and lovely Martin Clunes on an adventure of a lifetime to the UK 🇬🇧. It was my first trip abroad and alone, navigating London and taking a train, driving on the opposite side of the road, and meeting so many new friends! #martinclunes #clunatics #docmartin #buckhamfair #uk2018 #london #beaminster #dorset

With the perfect backdrop of a picturesque, seaside Cornish village, viewers could escape to the world of Doc Martin week after week. A mix of hilarious storylines, high stakes medical cases, and an offbeat but endearing romance between Martin and Louisa (Caroline Catz), his practical and very patient wife, gave the series a win for Best TV Comedy Drama at the British Comedy Awards right out of the gate With its never failing ability to entertain and comfort, Doc Martin is a favourite for many, and will be deeply missed by its dedicated fans.

"Finish line" 💯🏆Day 100/100 of #100dayportraitchallenge hosted by @ajalper. One hundred portraits in one hundred days. Yes, yes, yes. The day has finally arrived. Today's portrait is Dr Martin Ellingham (Martin Clunes) from the British TV comedy drama Doc Martin filmed in Port Isaac, Cornwall. I would like to give a big "Thank you" to everyone who has supported me through this challenge and enjoyed my portraits. I have been humbled by the vast numbers of encouraging messages, critiques, advice, suggestions and photos that I have received….as I've attempted to improve my skills and render beautiful portaits each day in my own style. So it is with a grateful heart that I sign off the 100 days and pass the batton onto others. As for the future….. a well earned break, some landscape and portrait commissions…. and I will be back!!! All the best, Mark 👍♥️ . . . . . . . . . . . . #docmartin #finalday #markwigginart #100heads #100headschallenge #plymouthartist #devonartist #portraitart #portraitartist #ontheeasel #dailypainting #dailypaintings #allaprima #portraiture #oilportrait #oilpainting

“We have loved making nine series of Doc Martin. When we launched the series in 2004, we could never have imagined how much our loyal viewers would take to the grumpy Doc like they have,” said Martin Clunes and his wife, producer Philippa Braithwaite, in a joint statement. “However, after sixteen years we now feel that the time has come to say goodbye to Portwenn. We will be making the tenth and final series in 2021 and we are very much looking forward to returning to Cornwall to film it.”

I just think we’ve sort of done everything,” added Clunes. “ I mean, it would be so great to just sort of carry on, but I don’t think we can keep it as good. We’ve got such a lovely cast, and it’s been 16 years. We all sort of bump into each other’s children every two years and watch them growing up and flourishing, and just being down there [Cornwell, where the show is filmed] is heavenly.”

With season 9 ending in two major cliffhangers, the upcoming final season is sure to deliver on drama, laughter, and a satisfying send off for its legion of fans.
Doc Martin Season 10 will premiere on VisionTV Thursday December 1, 2022 on 10pm ET.

VisionTV is proud to be the Canadian broadcast home of Doc Martin and you can catch classic episodes every Thursday at 10pm ET.