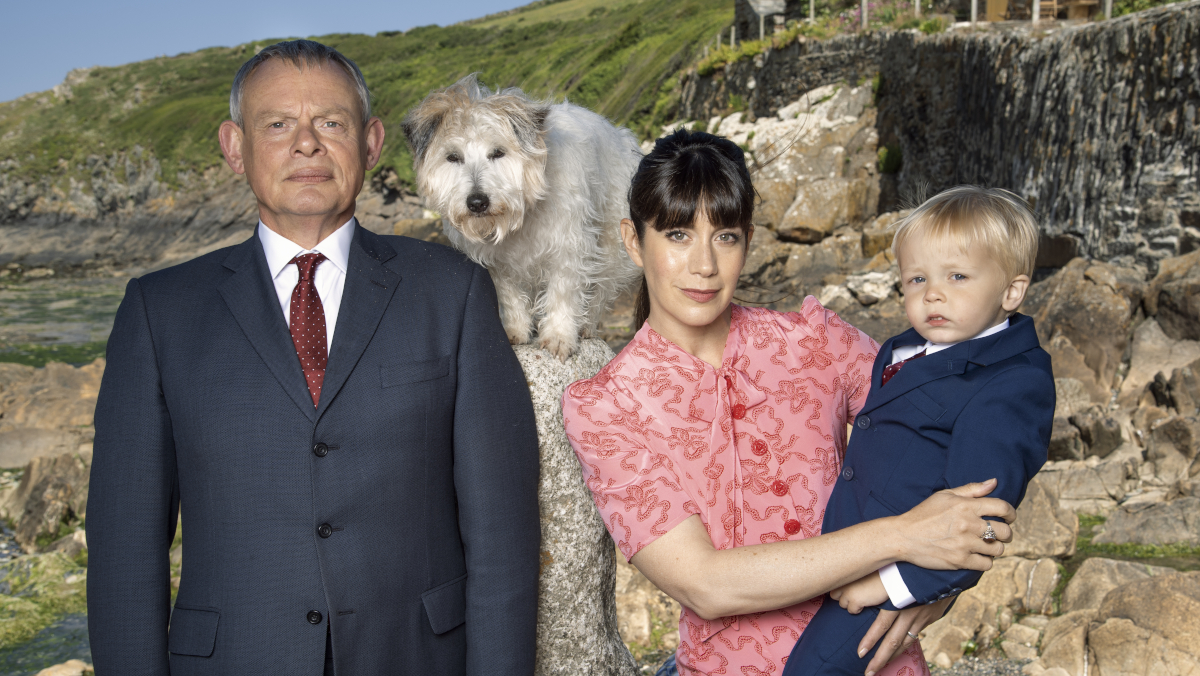 After nearly 2 years since we last visited the picturesque village of Portwenn, the highly anticipated ninth season of Doc Martin is finally on its way. Starting Tuesday October 1 at 8pm ET, the whole gang, led by Martin Clunes as the seriously surly Dr. Martin Ellingham, returns for a brand new season of medical drama and good-natured humour starring everyone’s favourite grumpy GP.

While Martin found himself in hot water last season with his ongoing blood phobia, he now faces the frustration of opening up his surgery to the assessment of the General Medical Council. “It is a very serious threat and he is very annoyed by everything they throw at him,” says Clunes. “As far as he’s concerned, he’s fit to practice, and a little bit of vomiting here and there shouldn’t necessarily get in the way of that.” After years of struggling with his phobia, Martin reaches an impasse and has to figure out if he can find a solution once and for all. 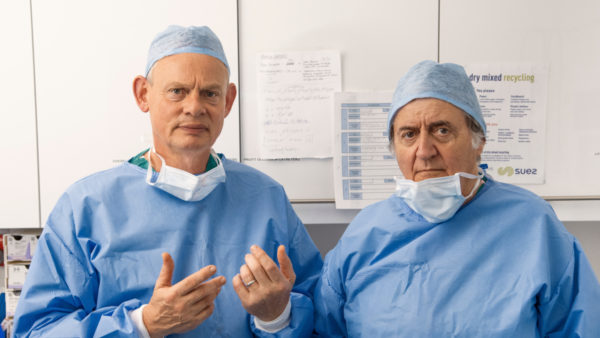 On a personal front, Martin and Louisa’s relationship is stronger than ever, but new complications are about to make things a lot more interesting. Louisa, played by Caroline Catz, has started a new career as a child and adolescent counselor and starts to worry about their son James Henry’s struggle to socialize at nursery school. With his similarities to Martin, Louisa can’t help but question if being an only child might be doing James Henry some harm. “On the one hand, she feels quite guilty that she has any expectations of what James ought to be like,” says Catz. “On the other hand, she desperately does not want him to be picking up on the slightly more antisocial side of Martin’s nature.”

Behind the scenes, the addition of a new mini-Martin to the mix has been a pure delight according to the cast working the young James Henry, played by Elliot Blake. “We have been so lucky,” says Catz. “He’s only three but he has taken the whole thing in his stride. The first day on set he was all lovely, bright and smiley, and you couldn’t have expected a better start to the shoot.”

“They had written him as a grumpy clone of Doc Martin,” explains Clunes. “But of course like any three-year-old, he brings his own thing to the party – and it’s fabulous, much better, and much funnier.”

As for the rest of our eclectic cast of villagers, Bert (Ian McNeice) and Al (Joe Absolom) deal with the possibility of losing the pub when a new landlord threatens to put it on the market. For PC Penhale (John Marquez), the arrival of a new love interest and the biggest crime investigation in Portwenn history will keep him plenty busy, and Mrs. Tishell (Selina Cadell) faces the horror of dating again after Clive’s death.

While there’s no official word yet on whether season 9 will indeed be the last, the cast of Doc Martin certainly isn’t ready to say goodbye to Portwenn. “We’re all quite cool with each other,” says Clunes on his fellow cast and crew members. “I think that means that in essence, it’s a rare chance to try and celebrate something, to have some fun with it and make something that’s good rather than just achieve another day of filming and get through the schedule. So I’d miss that, because I think it’s possibly the last good job in British TV.”