From Hyacinth to Hetty and Beyond: Celebrating Dame Patricia Routledge 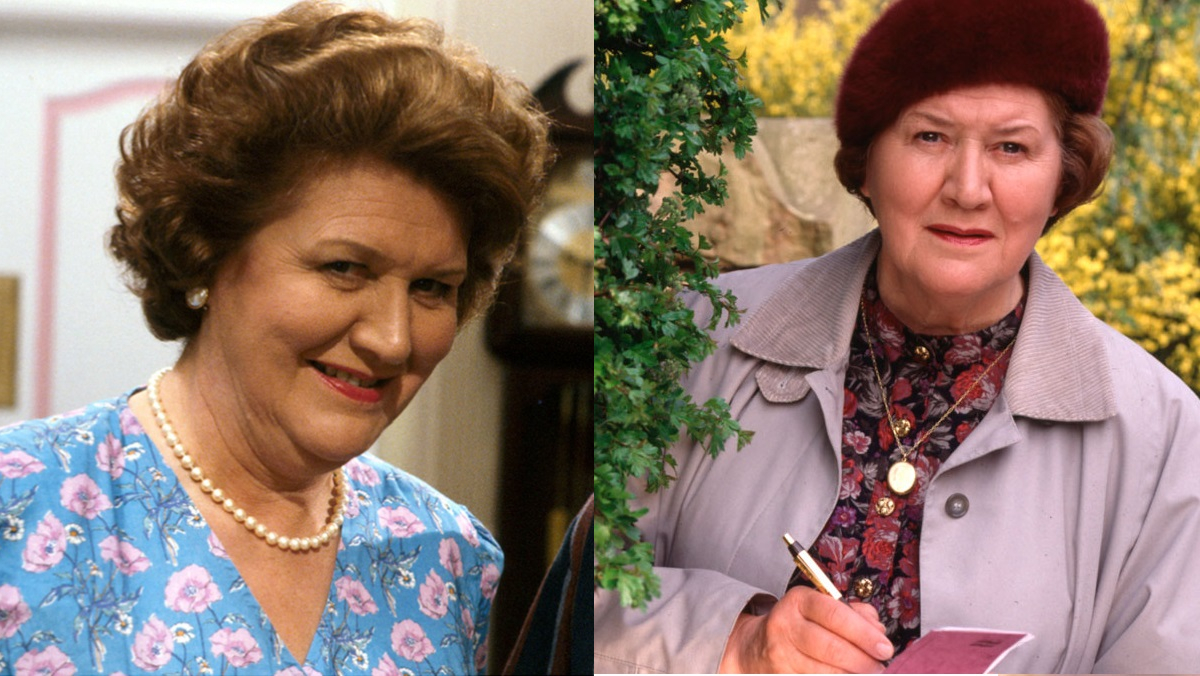 As Dame Patricia Routledge celebrates her 94th birthday on February 17th, fans of her work will look back on her many contributions to television and theatre over her more than 50-year career as a celebrated comedic and dramatic actress.

Routledge is widely adored for her role as the hilarious and snobbish Hyacinth Bucket (pronounced “bouquet”) in the classic BBC sitcom Keeping Up Appearances. With the recent passing of her co-star Clive Swift, who portrayed Hyacinth’s downtrodden husband Richard, fans of the series have been fondly remembering Hyacinth and Richard’s greatest moments, highlighting the remarkable talent of a legendary pair at the top of their game.

Following her five year run as Hyacinth from 1990 to 1995, Routledge proved her versatility as a performer with a dramatic role in the series Hetty Wainthropp Investigates, currently in its premiere run on VisionTV. Routledge plays Hetty, a curious woman with a keen interest in solving mysteries in her small village. After retiring, Hetty becomes a private investigator as a way to remain an active member of society, and partly because she’s annoyed about not receiving a pension.

Hetty’s observation skills and persistent nature makes her the ideal amateur sleuth to solve the crimes that are too low profile for the police. Eventually, Hetty and her teenage partner-in-crime-solving Geoffrey (Dominic Monaghan) get hired to solve increasingly complicated crimes thanks to the rising success of their business. Each episode delivers satisfying twists and turns while Hetty doggedly chases clue after clue, never giving up until the truth is revealed. As with Hyacinth, Routledge infuses Hetty with an immense likeability that continues to draw viewers in as time goes on.

Routledge’s many accolades include a Tony Award for her Broadway performance in the musical “Darling of the Day” and a Laurence Olivier Award for the musical “Candide”. In recent years, she’s returned to the theatre for a conversation with writer Edward Seckerson in “Facing the Music – A Life in Musical Theatre”. Routledge has worked with the organization Fishbourne Companions to provide services for the elderly in Sussex, England, and she’s maintained a role as Patron of the Beatrix Potter Society. In 2017, Routledge received the honour of Damehood by Prince Charles for her outstanding services to theatre and charity.

Here’s a highlight from Season 3 of Keeping Up Appearances showing Routledge’s Hyacinth at her fussy best.