Award Winning Series Mum Explores the Comedic Side of Grief 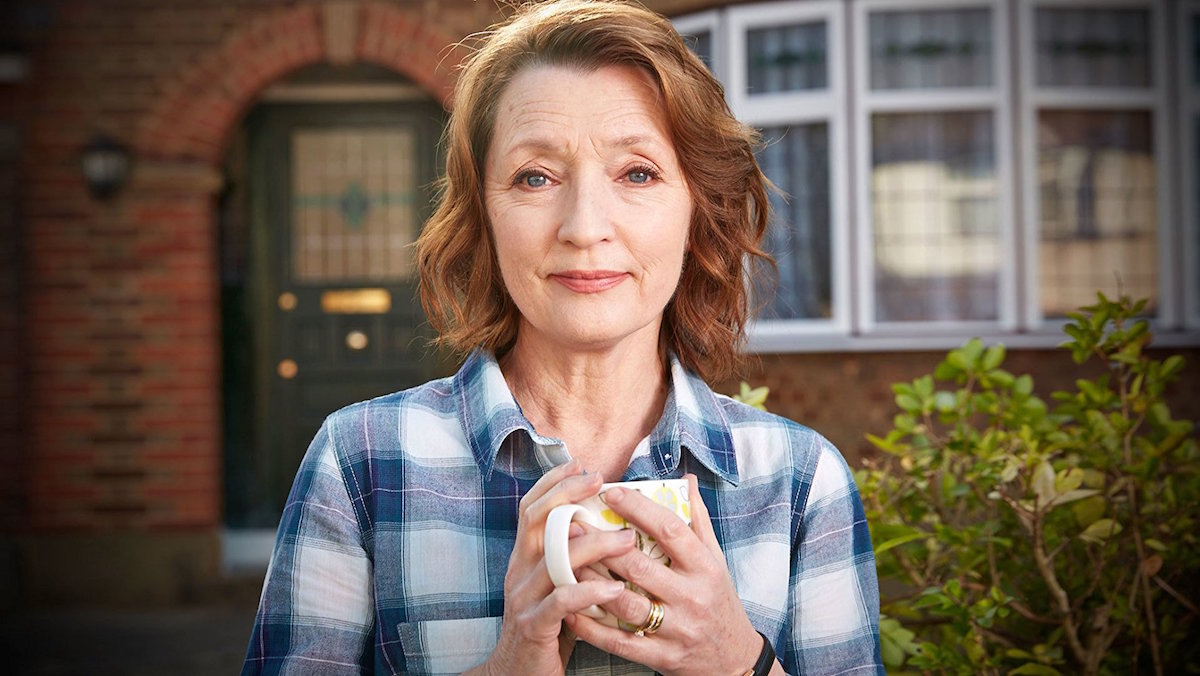 If there are any deeper, darker issues that Cathy Bradshaw struggles with after the death of her husband as Mum begins, she certainly doesn’t readily show it. Not that the acclaimed BAFTA-winning series would spend time exploring this side of grief. Instead, Mum presents a specific brand of sharp yet gentle humour. Finding moments of levity in the quietly mundane parts of a woman’s life following a terrible tragedy is exactly what this series does best.

Now having completed its third season, Mum tells the story of 60-year-old Cathy and her lovable yet clueless friends and family as they attempt to support her after her husband’s sudden passing. Academy Award-nominated actress Leslie Manville brilliantly heads the series with just the right balance of resilient optimism and cheeky observation of the absurdity surrounding her.

This is in stark contrast to her stately role opposite Daniel Day-Lewis in Phantom Thread, which earned her the Oscar nomination in 2018. The actress is also keenly aware of how uncommon it is for women her age to have the opportunity to play characters like Cathy and what kind of impact she can have on an audience.

“I’ve felt there’s been a shift bubbling for a while for women of our age,” Manville told the Radio Times. “I do think globally there is an umbrella shift happening for older women. I think that’s because film and television-makers realise that there is a huge audience of women who want to go to the cinema or turn on the telly and see stuff that doesn’t alienate them, that embraces them, that isn’t just about gorgeous 20 or 30-somethings, that represents their lives.”

Each episode of Mum is titled after a month, the six episodes of season two stretching through the second year in Cathy’s life after loss. While the story features carefully selected moments of grounded emotion, it never wallows in Cathy’s sadness for even a moment. Instead, the tone of each episode feels light and playful while brimming with underlying sarcasm. Cathy’s dimwit son Jason (Sam Swainsbury) and his equally ditzy girlfriend Kelly (Lisa McGrillis) are comically clueless, and occasionally insulting, in their attempt to care for Cathy in her time of need. In the season two premiere, Kelly goes so far as to ask Cathy “What age is it when you get the old-lady smell?”

Cathy’s goofy brother Derek (Ross Boatman) and his uptight partner Pauline (Dorothy Atkinson) don’t make things any easier with their constant bickering and awkward tension. Cathy’s character is both relatable and admirable, someone we can look up to and strive to embody for the way she deals with her less-than-ideal circumstances.

The storyline that will undoubtedly earn the strongest investment from viewers is Cathy’s relationship with Michael (Peter Mullan). A lifelong friend, Michael is caring, compassionate, and the only person in Cathy’s life who’s in tune with her needs and doesn’t just smother her with misplaced attention.

“It’s been brilliant,” Manville tells British Comedy Guide about working with Mullan. “He’s such an amazingly subtle actor. People write in to say, “I wish my husband would look at me the way Michael looks at Cathy.” It’s all in his eyes. He can just turn it on. It’s pretty remarkable.”

It’s painfully clear that Michael has held a torch for Cathy since they were young, and as season two will explore, Cathy’s finally ready to admit to herself that his feelings are reciprocated, if the rest of her family doesn’t unwittingly get in the way.

“It’s incredibly moving. You think it’s no wonder he’s falling in love with her because they’re so well-matched. Michael is full of apprehension because he’s her dead husband’s best friend. But I don’t think anyone would deny that you have to seize the moment. If something good comes your way, you should grab it.”

The looming question of how and when Cathy and Michael will be given the room to test the waters of their potential romance without shocking or hurting the people in their lives will only intensify throughout seasons two and three before climaxing in the finale. With the promise of a wacky cast of characters intervening in Cathy’s personal journey to grieve, heal, and eventually move on, the new season of Mum will surely provide plenty of opportunities for tenderness, embarrassment, and eventual triumph for the audience to enjoy.

“You can have a lover at 60,” says Manville. “You don’t have to be shoved in a corner in a cardigan doing knitting.”

Discover when you can watch Mum on VisionTV.