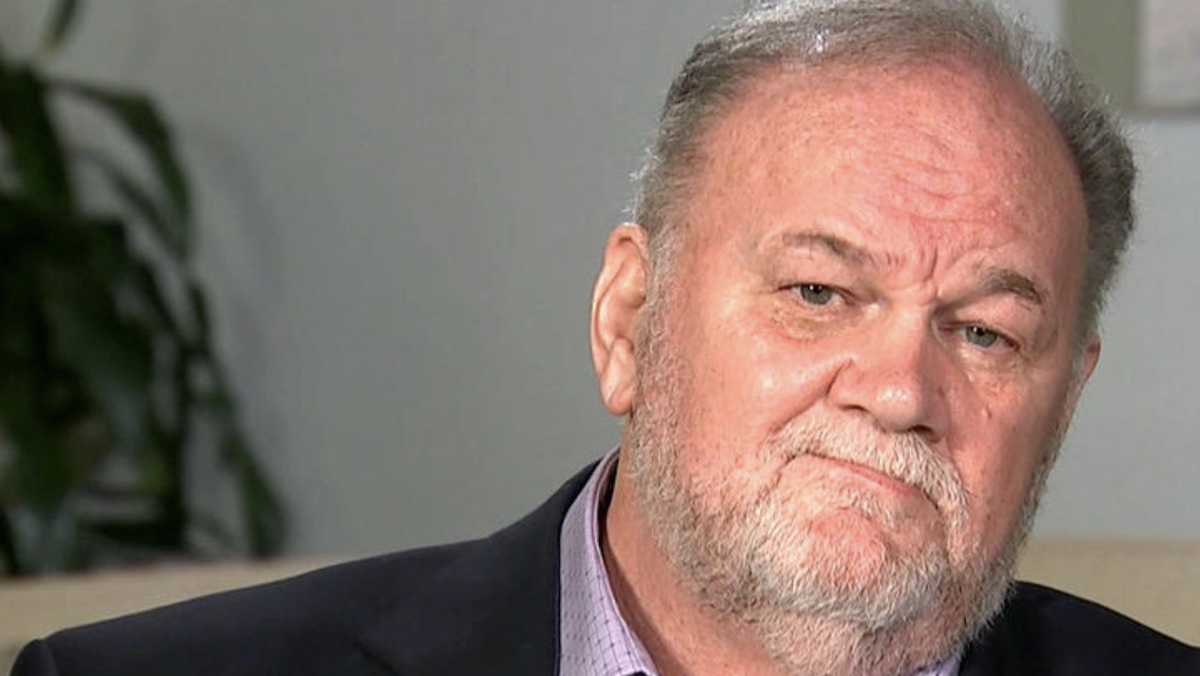 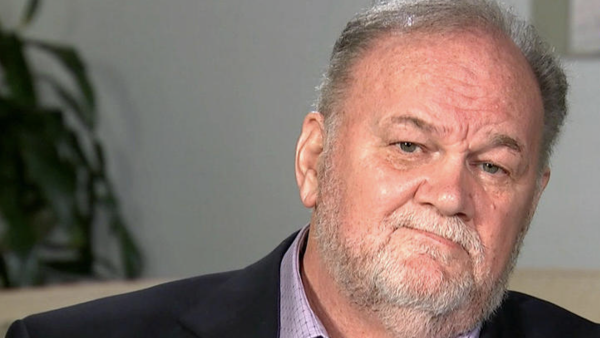 In the days leading up to the May 19 wedding of Meghan Markle and Prince Harry, the one story that kept popping up was whether the bride’s father, Thomas, would attend the ceremony.
As previously reported, Thomas found himself caught up in a media scandal in which he participated in a pre-meditated, pre-wedding photo shoot with members of the paparazzi.
Explained Thomas: “They [took] all kinds of pictures of me that [were] making me look negative. So, I thought this would be a nice way of improving my look.”
Not long before the wedding, Thomas suffered a heart attack and required surgery. Unfortunately, this meant he couldn’t walk his daughter down the aisle on arguably the biggest day of her life. 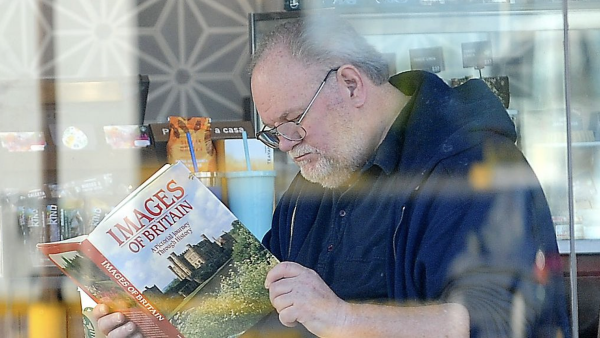 Today, on “Good Morning Britain,” Thomas participated in an exclusive interview in which he touched on a variety of subjects, including his absence from the wedding.
“I’m a footnote in one of the greatest moments in history rather than the dad walking her down the aisle,” expressed Thomas. “So that upsets me somewhat.

“I regretted [missing the wedding] because I really wanted to walk my daughter down the aisle,” he continued. “I wanted that moment. But I’m thankful for everything the way it went.”
Thomas, who admitted that Meghan cried when he said he’d be unable to attend the wedding, also referred to Harry as a “gentleman” and was pleased to see Prince Charles walk his daughter down the aisle.

“I can’t think of a better replacement than someone like Prince Charles,” offered Thomas. “He looked very handsome and my daughter looked beautiful with him. I was jealous. I wish I had been there. I wish it had been me. But thank God he was there and [I] thank him for that.
“She was beautiful. It was incredible watching her,” he added. “I cried a little bit about it. She was so beautiful walking down that aisle and so proud and so gorgeous. I was very proud. I couldn’t have seen a better moment in my life. I was very upset that it wasn’t me, but the whole world was watching my daughter. I was very happy about that.”
-Adam Grant

Join us Mondays at 8pm ET/5pm PT (through June 25) for the VisionTV premiere of “At Her Majesty’s Service.”

Here, Penelope Keith (of “Hidden Villages” fame) set out to give fans of everything Royal a detailed expedition through the four corners of the Union – England, Scotland, Northern Ireland, Wales.