As the second season “Poldark” came to its impressive conclusion, many questions were left unanswered. Was the state of Ross and Demelza’s marriage actually okay? How would Trenwith ultimately change with George now inside its walls? Perhaps most crucially, was Elizabeth in fact pregnant with Ross’ child, and not George’s?
These questions will soon find answers as the third season of “Poldark” premieres Wednesday, May 9 at 9pm ET/6pm PT on VisionTV! 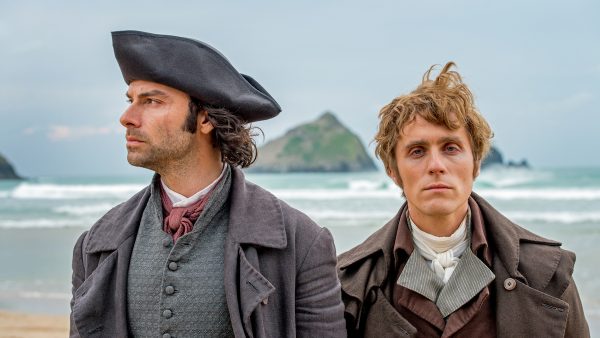 “Series three moves beyond the world of Cornwall, across the Channel to France,” reveals series Writer and Executive Producer, Debbie Horsfield. “Ross finds his military experience invaluable when he is forced to make the hazardous trip not once, but twice, in the midst of war and revolution. Back home in Cornwall there is civil unrest, increased poverty, and the ever-present threat of invasion.”
Also back at home is the marriage of Ross and Demelza, one that is rarely short on drama and intrigue. For Horsfield, though, the goal from the start of “Poldark” has been to present audiences with a marriage that is real, as opposed to perfect. In the third season, an extra dose of realness reaches into this relationship. 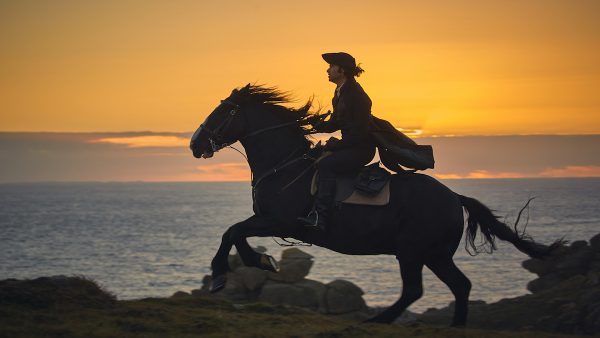 This week on the season three premiere of “Poldark” (Wednesday, May 9 at 9pm ET/6pm PT, Ross and Demelza look to forget the past and rebuild their marriage, but new arrivals threaten their fragile reconciliation.

“I always bear in mind the advice Andrew Graham (son of ‘Poldark’ author Winston Graham) gave me, which was that his father intended the Poldark saga to be a portrait of a successful marriage. By “successful” he didn’t mean perfect or idyllic, but real,” recalled Horsfield. 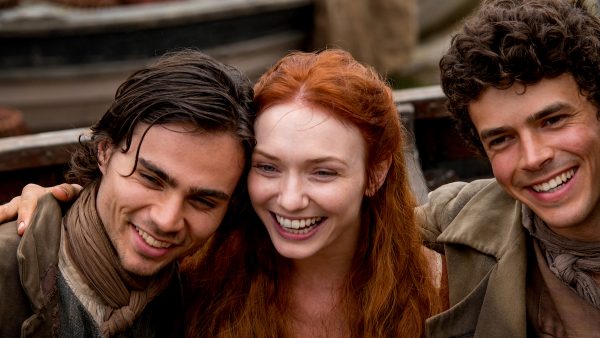 “[Season] one explored the romance of Ross and Demelza’s against-the-odds love story. In [season] two their marriage began to move beyond the honeymoon period and we witnessed two people grappling to hold on to the connection which first brought them together,” continued Horsfield. “So by [season] three, the fact that they’re still together at all demonstrates staying power! Both are strong-minded individuals, whose aims and wishes are not always aligned. They’ll be dealing with the fall-out from various incidents and encounters, both old and new. Ultimately, though, they are bound together by a deep connection and an abiding love. Just as well, because there are some major challenges coming up!”
-Adam Grant

Speaking of strong-minded individuals, season three sees Ross Poldark’s Aunt Agatha forced to deal with a much more tempestuous Trenwith as George Warleggan worms his way into her family’s life.

In this ‘Poldark Insider’ video, Aunt Agatha actress, Caroline Blakiston, is featured. Here, we learn more about what makes her character click. Additionally, her “Poldark” co-stars share some truly kind words about her.