Over the years, Prince Harry has grown into quite the respectable Royal. He’s served in the military, respectfully carried on his mother’s legacy, drawn awareness to mental health issues, and has founded the Invictus Games (which begins in Toronto on September 23) for wounded warriors. That said, he’s still capable of dishing out a good wallop when one is called for.

In a recent BBC interview, Foo Fighters – a popular American rock band – spoke about a random backstage encounter with Prince Harry…that led to a smack.

“At first you meet him and [you think] ‘It’s Prince Harry. Wow, I’ve seen you on a lot of magazines in America.’ Then you start talking and having a real talk,” commented Foo Fighters drummer Taylor Hawkins.

He continued: “I was like ‘Wow, I’m so jetlagged right now’. We were getting ready to walk on stage and I was tired and so jetlagged. And he just goes… [slap].” 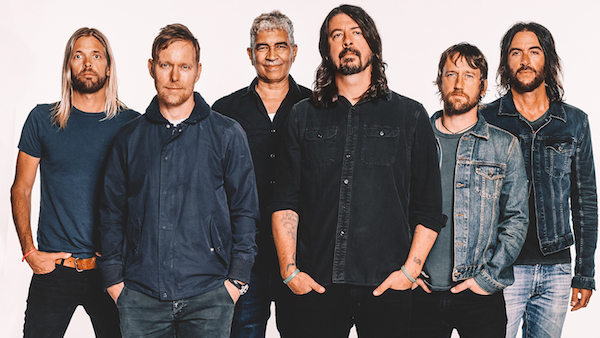 “He’s in the military too – that’s not someone you want to get slapped by,” added frontman Dave Grohl.

Hawkins went on to say he found the moment with Harry “funny” and he “wore the slap with pride.” What’s more, he appreciated Harry’s interest in just being one of the guys.

“He’s one of the boys. What a boy. It’s like Paul McCartney, once you break through the royalty, or the Beatles thing, you find they just want to hang out with the boys, like we do.”

Grohl went on to say that when he was recovering from surgery to repair a broken leg in London, Harry – without an entourage – stopped by the hospital to check on him. What’s more, he brought Grohl a pillow designed to help him better use his iPad while on the mend.

Additionally, VisionTV features a plentiful batch of British programming, including period dramas, comedies, documentaries and much more. Click here to find out what we have coming up!