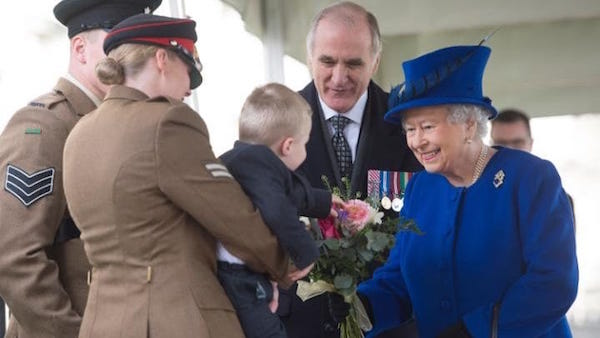 Queen Elizabeth II has been blessed enough in her lifetime to have eight grandchildren and five great-grandchildren rollicking around in the Royal family. As a result, Her Majesty has likely had plenty of experience in dealing with toddler temper tantrums.

On March 8 at the Victoria Embankment Gardens in London, England, a new memorial dedicated to those who served and passed away during the wars in Iraq and Afghanistan was unveiled. Queen Elizabeth II and Prince Philip attended the event and were poised to meet Corporal Michele Lunn, her husband Sergeant Mark Lunn and their young son, Alfie.

As the Royals greeted the family, however, Alfie started acting out. First, by trying to run off, then flailing about and finally trying to escape his mother’s grasp. Polite and slightly amused, Queen Elizabeth II looked on with a smile. Eventually, the military family managed to hand Her Majesty a lovely bouquet of flowers as Alfie simmered down.

“She thanked us, she asked Mark when he last got back from tour, and thanked Alfie for the flowers,” said Corporal Lunn in an interview with the Telegraph. “We were trying to prevent Alfie from pulling everything off us.” 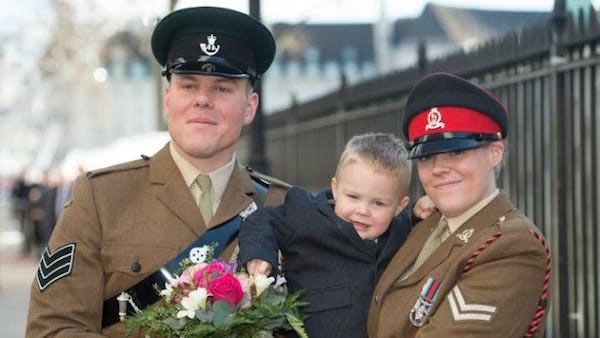 Continued Corporal Lunn: “She was very understanding – she’s had children of her own. They’re so unpredictable, children, we tried our best. He was fine up until a few minutes before the Queen arrived.”

Fortunately, this entertaining moment of childhood exuberance was caught on video and can be seen below.

On Tuesday, April 4 at 8pm ET/5pm PT, join us for the entrancing VisionTV premiere of acclaimed British drama, “Victoria”!

Jenna Coleman (“Doctor Who,” “Death Comes to Pemberley,” “Dancing on the Edge”) stars as a young Queen Victoria in this major new drama series, “Victoria.”

The ambitious 8-part drama follows the early life of Queen Victoria, from her ascension to the throne at the tender age of 18, through to her courtship and marriage to Prince Albert. Victoria went on to rule for 63 years, and was our longest serving monarch until she was overtaken by Elizabeth II on 9th September 2015.