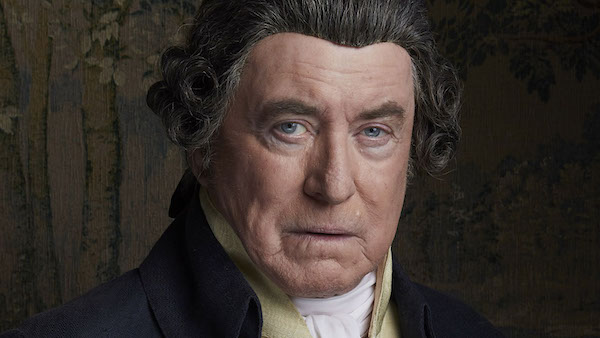 By and large, the primary cast of “Poldark” is made up of super talented 20- and 30-somethings whose profiles have risen thanks to the impressive success of this Cornwall-based period drama. Yes, the cast is relatively young, but many members of it already seem seasoned.

Joining “Poldark” for season two is actual seasoned actor John Nettles (as the wealthy and powerful gentleman, Ray Penvenen). Having once starred in popular series’ like “Bergerac” and “Midsomer Murders,” the origins of this English actor’s career dates back to 1969.

During an interview with the Radio Times, Nettles was asked about whether or not he has taken the experience he gained from the height of his career and passed them on to “Poldark” star Aidan Turner.

“He didn’t need any advice,” stated Nettles. “No, not at all. Actors have become much more savvy about the nature of television and celebrity these days. We were not. The kind of celebrity culture that exists now didn’t exist in the 1980s. [There are similarities], but it wasn’t quite there in the sense that it is now. And you learn about that; your agent tells you about the pitfalls and the dangers of it.

“I think [the whole cast is] pretty much clued in, particularly someone who’s intelligent and as talented as our man Aidan is,” continued Nettles. “The cast is lovely. I hate saying good things about actors, but our man Aidan, in fact all of the cast, is as charming off-camera as he is wonderful on-camera.”

Currently, Nettles is 73 years of age and starring in a supporting role on “Poldark,” compared to Turner being just being 33 and viewed as one of the most desirable lead actors on British television. But for Nettles, that age and career gap doesn’t matter to him. Rather, Nettles is happy with the life he’s now able to lead.

“I’m just glad to have lasted so long, to be honest with,” concluded Nettles. “Most of my generation has died off, you see. So I’m enjoying myself now more than I’ve ever done. Now, I don’t have to please anybody, I don’t have to pass any tests. I just have to enjoy myself.”

This week on “Poldark” (Wednesday, February 15 at 9pm ET/6pm PT), Elizabeth adjusts to life without Francis; Ross receives support from the unlikeliest of sources; and Ray’s true opinions of Dwight and Caroline’s relationship emerge.