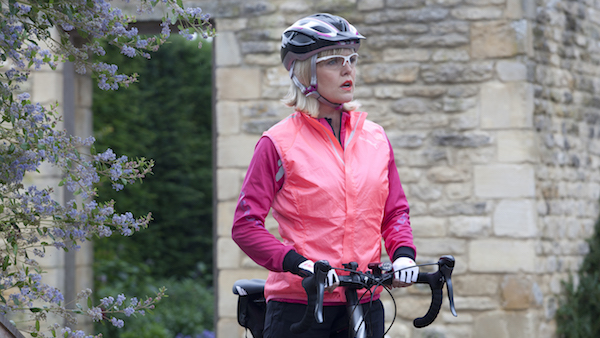 Continually aiming to become a bigger part of the Carsley community, Agatha has become one of a select handful of villagers responsible for ringing the church bell. All involved embrace the spirit of the task at hand, even if their performance skills are to be desired. Leading the way is Amanda, an employee at the church who has gained as much approval as she has suspicion.

Immediately at odds with Amanda is Sarah, the wife of Jez the vicar. Amanda’s bright energy and likeable personality has endeared herself to Jez, leaving Sarah frustrated by her presence.

In private, Sarah rages to Agatha about how frustrating it is for her to see Amanda’s growing influence on the village. What’s more, the vast amount of time she spends with Jez has led to a solid share of jealousy. Ever honest, Agatha praises Amanda and informs Sarah that the two of them have planned to go horse riding the following day.

At the stables, Agatha is enthusiastically welcomed by Amanda, but not so much by her fresh-out-of-rehab friend, Steph. During their ride, Amanda notes that she is a widower and is fearful that people perceive her as a home wrecker. Despite such heavy subject matter being discussed, Agatha and Amanda truly begin to bond.

Unfortunately, this bonding proves to be for all for naught, as later that night Agatha, Gemma and her daughter Kyra visit the church to ring the bell. Upon arrival, the church is dark and ominous. Within moments, the trio discover Amanda’s lifeless body hanging in the belfry – a supposed suicide note is found nearby. 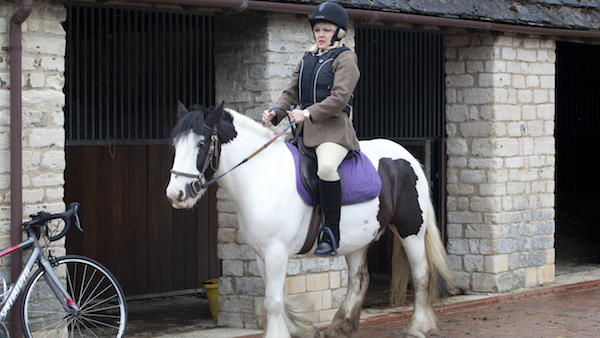 While many would assume that this was just a sad conclusion to a life unfulfilled, Agatha does not believe that Amanda took her own life. Interested in trying to put the pieces of Amanda’s passing together, Agatha and Gemma visit Steph, hoping for some help. Standoffish, Steph isn’t interested in talking, but does handover keys to Amanda’s home.

Once on the scene, Agatha and Gemma discover a new, high-end horse saddle at Amanda’s door. Immediately, this leaves Agatha to believe that someone who ordered such a luxurious item was looking forward to life and not ready to end it. While in her home, the ladies also find a file containing a mountain of bills, suggesting that Amanda was in financial peril. Around this time, Jez enters the home. Agatha and Gemma hide from Jez, wondering what has brought him around. Whatever he was looking for, it seems, can’t be located. Regardless, this is very questionable behaviour – especially when he then lies to Sarah about his presence at Amanda’s home.

Upon further investigation, it is discovered that Amanda had lied about her husband’s death. In fact, John Marlowe (as he is known) is alive and well. What’s more, it’s revealed that Amanda’s father, Teddy Ballard, also died as a result of hanging. To find out more about Teddy’s life, Agatha once again summons her PR buddy, Roy, to look into his dealings.

Meanwhile in Bristol, Agatha and Sarah visit John at his office to discuss Amanda’s sudden passing. Looking saddened by her death, John offers to fund the funeral, but insists that he doesn’t play a role in it. He explains that their marriage ended badly and that Amanda isn’t as saintly as perceived. What’s more, Amanda is explained to be a liar who wanted a life of privilege without having to work for it. Seeing as John was a successful businessman, it made perfect sense for Amanda to hitch her wagon to his star. 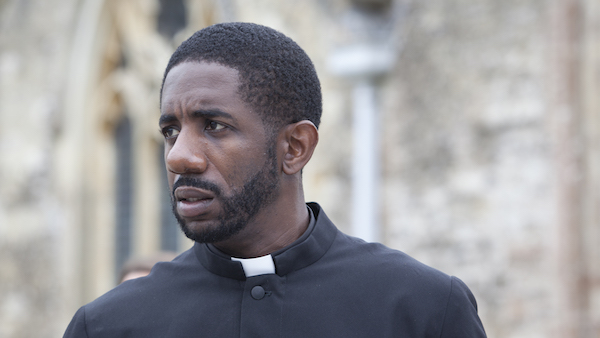 Back in Carsley, Jez is visited by Bishop Parsons, someone who seems suspicious of the vicar’s activities. You see, a deal was made to sell the land around the vicarage, but the paperwork connected to this endeavour feature many irregularities. Thus, the Bishop seems to believe that Jez has been doing some shady business.

Together, Agatha, Gemma and Roy continue to sift through the evidence they’ve collected. With Jez acting so odd of late and being the last person to see Amanda alive, Agatha and the team suspect that he may have something to do with it. But, before Agatha can go and ask Jez about his possible involvement, he disappears – his abandoned car is located at a bus stop headed toward Bristol.

With the pedal to the metal, Agatha, Sarah, Gemma and Roy speed into Bristol and track down Jez, who reluctantly explains what’s been going on. As it turns out, Amanda’s father was a philanthropist who ran a school for refugees in Africa. Jez, a war child himself, knew Amanda for years and brought her to Carsley – he also gave her the green light to facilitate the sale of the land around the vicarage. During this, Amanda began pocketing a quarter of the dough. Jez, however, didn’t want to call her out on this because she knew of his parents’ sorted history and he didn’t want that information getting out. That, and he didn’t want to be framed for the land deal gone wrong.

On the day of Amanda’s funeral, her home is broken into and a laptop is the primary item that’s gone missing. Agatha has a feeling that it’s Steph who is responsible for this and pays her a visit. During their back-and-forth, it’s revealed that Steph did in fact steal the laptop. Not to cover her tracks, rather the tracks of Amanda’s ex-husband John. 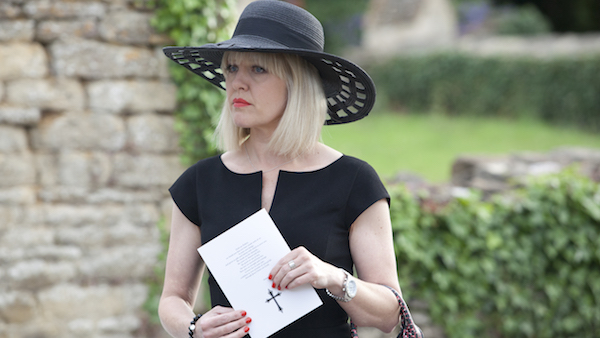 Inside this computer were details about John’s illegal business practices. With these files, Amanda held great leverage and would’ve been able to blackmail her ex out of some serious money. Of course, this makes it easy to believe that John wanted Amanda dead. That said, an actual confession would still be needed.

To ensure that one is given, Roy, Gemma and some super-spy communication devices enter John’s office – Agatha provides them the dialogue they need to coax him into a confession. After a few moments of uncertainty, John begins to crack before admitting that he was responsible for Amanda’s death.

With John’s admission of guilt and the realization that Jez had fallen victim to the conniving ways of Amanda, the Bishop lets him off the hook.

May the bell of justice ring loud and proud!