Grantchester Case File S1E1: When the Vicar Becomes the Investigator 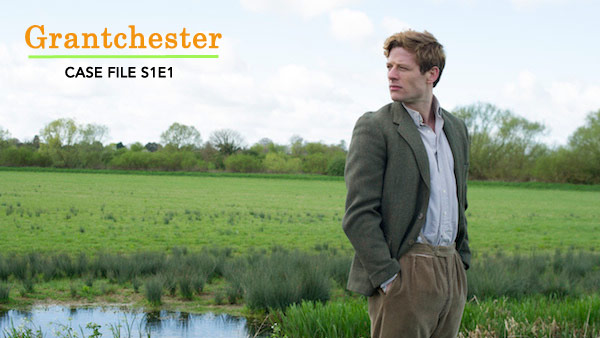 Welcome to this week’s “Grantchester” Case File! Before reading, do note that there are many spoilers ahead. This episode is available to watch online through Thursday, June 16, 2016.

Beneath the nice guy exterior, Sidney Chambers is a complicated figure. As vicar of Grantchester, he struggles to balance the challenge of doing the lord’s work, all the while living a life that makes the best sense to him.

What is initially clear to Sidney is his feelings for Amanda Kendall, a charming brunette who doesn’t think in straight lines or feel any pressure to act normal and ignore rambunctious impulses. When Amanda flies into a body of water after the rope she’s swinging on breaks, she purposefully stays beneath the surface, leaving Sidney to briefly wonder if she had sunk to the bottom. After a few anxious moments, Amanda re-appears and has fun at the expense of a once-panicked Sidney. In this moment, the duo appears as comfortable as a married couple.

After saying goodbye to Amanda at the train station, Sidney races home to change and arrive in time at the church for Stephen Staunton’s funeral – a man alleged to have taken his own life as a result of shady behaviour mixed with substance abuse. At a time when it would’ve been easy for Sidney to denounce the nature of Stephen’s passing, he opts to offer forgiveness.

Unfortunately for Sidney, his decency soon gets him wrapped up in what’s requested to be a confidential conversation with Pamela Morton, the wife of Stephen’s business partner, Clive Morton. Believing that she can only share her views with the vicar, Pamela details Stephen’s personal difficulties, as well as the affair she had with him. She is convinced that a murder has happened here, not a suicide. 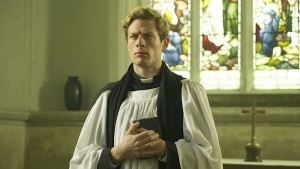 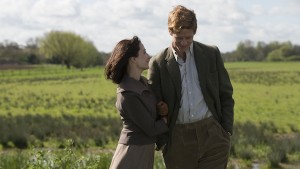 With this weighing heavily on his mind, Sidney seeks out Detective Inspector Geordie Keating at the police station. Considering the officer’s blatant disregard for Sidney’s theory (because he’s saying it came from an anonymous source) the vicar might as well have been sharing the story with a brick wall. After getting nowhere with Geordie, Sidney opts to dig up more dirt by himself.

On his travels, Sidney meets Stephen’s widow Hildegaard, his office assistant Annabel Morrison, as well as Pamela’s husband Clive. Sidney questions them all as if he too once spent time working a police beat. Slowly but surely, he begins to put the pieces of Stephen’s final story together.

Along the way, Sidney learns that Stephen only had a preference for one type of whiskey: Jameson’s. That, and he didn’t have a will, but did keep a detailed diary. Then there’s the matter of the suicide note that looks legit, but still doesn’t seal the deal that the gunshot that killed Stephen was self-inflicted.

Just as Sidney begins wrapping his head around this case, Amanda surprisingly returns to Grantchester early and is eager for a picnic. It is here that she steps on Sidney’s heart by revealing that she’s engaged to another man. This comes straight out of left field, as it was easy to believe leading up to this point that Sidney and Amanda were a lock to move forward in life romantically. Sidney attempts a poker face, but is clearly emotionally dismantled by this news. Amanda, clearly feeling guilty, eventually sends Sidney a puppy with the hope that it will keep him from feeling lonely. While Sidney may feel certain that a murder’s been committed, he can’t seem to understand where Amanda’s head is. 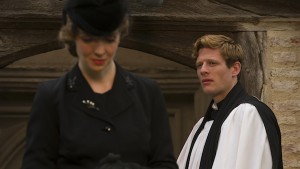 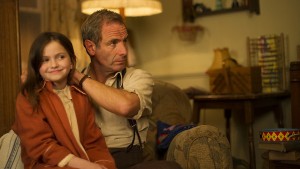 Focusing back on Stephen, Sidney presents new information to Geordie. He suggests that the suicide note was in fact a letter Stephen had written to end one of his romantic relationships. It’s also relayed that a different type of whiskey was found at Stephen’s desk and that a diary was supposedly still in Hildegard’s possession. All of a sudden, Geordie seems more intrigued by the murder theory than ever.

Knowing that Sidney has become a trustworthy figure to those involved in this case, Geordie sends the vicar into Hildegard’s home with the hopes that he can retrieve the aforementioned diary. Sidney reluctantly obliges and struggles with the fact that he just broke one of the Ten Commandments.

While the diary doesn’t seem very helpful at first, it soon becomes pivotal to Sidney and Geordie’s hunt for the truth. Sidney believes that the A.M. and P.M. references in the diary mean something other than the time of day. Upon this discovery, he appears at Stephen’s old office and questions Clive about the whereabouts of his wife Pamela. Sidney says that she has the diary and that he needs to speak with her about its contents – he feels it can help track down Stephen’s killer. Clive isn’t thrilled about this, but tells Sidney that Pamela is at the train station awaiting a trip to London. Coincidentally, this was the same train Stephen used to take to his meetings. Sidney departs and heads toward the train station with Geordie. 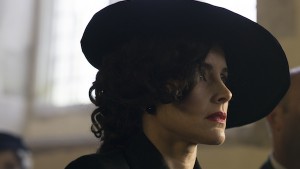 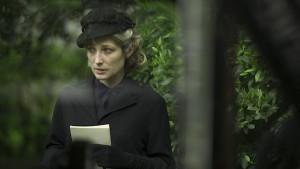 Pamela, true to Clive’s word, is awaiting her train. As it approaches, Annabel forcefully shoves her from behind, but fortunately Sidney’s sleuth work allows him to be on the scene to catch her before meeting certain death. It is here we learn that Annabel was the jealous second mistress (the woman whom the recovered note was presumably destined for) and the one who ended Stephen’s life.

Relieved to have gotten to the bottom of this tricky case, Geordie can’t help but feel a certain kinship to Sidney. He tells the vicar that another dead body has turned up and that his help would be appreciated – so much for a quiet life as a man of the cloth.

Since Sidney is viewed by many in Grantchester as a man of great trustworthiness, Geordie must understand the importance of having someone like that on his side. Some people are just not comfortable speaking with police. Having Sidney dive headlong into investigations could theoretically lead to more cases being solved. His approach won’t likely be textbook, but it certainly appears like it can be affective.