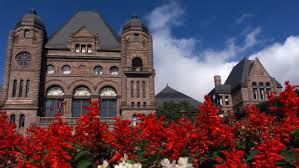 Wanda Morris, CARP’s VP Advocacy noted “ Many seniors will be relieved to hear that the government is reconsidering the thresholds, especially seniors who are earning just above the threshold. Most older Ontarians recognize the fiscal pressures that the government is facing, but they don’t want people who are unable to fill prescriptions ending up in emergency rooms instead.”

CARP expressed concern that the proposed increase to the co-pay and a 70% increase will be a hardship especially for those earning just above the $19,300 threshold. According to studies, co-pays and deductible decrease the use of prescribed medication, which detrimentally impact people’s health and lead to increased hospital admissions.

Morris stated “we are pleased that the government responded quickly to the concerns we raised about the impact of these changes on low income seniors who are just above the income cut-off”.

CARP encourages the government to consult with seniors groups and communities as it restructures the program.

“It’s time to stop tinkering at the edges of the system. What we’d really like to see is the Ontario government work together with the other provinces and territories and the federal government on a pan-Canadian pharmacare program,” says Wanda Morris.

CARP has long called for a national pharmacare plan to improve access to drugs, ensure access is equitable, and save the system money. CARP has called for the provinces and territories to work together to create a single national formulary, single drug review mechanism and single drug pricing mechanism.

CARP is Canada’s largest national, non-partisan, non-profit organization advocating for improved healthcare and financial security for Canadians as we age. CARP’s advocacy work is supported by 300,000 members and a network of 60 chapters across Canada.