Iconic Musician, Prince, has Died at the Age of 57 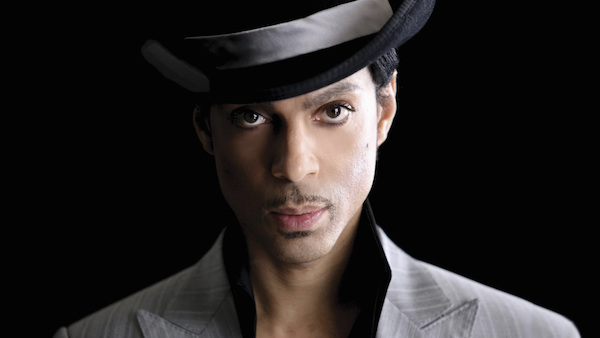 The music world has suffered yet another immeasurable loss as rock, funk and pop pioneer, Prince, has passed away at the age of 57.

“It is with profound sadness that I am confirming that the legendary, iconic performer, Prince Rogers Nelson, has died at his Paisley Park residence this morning at the age of 57,” reads a statement issued by Prince’s publicist, Yvette Noel-Schure, to The Associated Press.

Prince’s cause of death is still unknown, but last week his private jet made an emergency landing, which resulted in the musician being taken to hospital. At that point a representative for Prince said he was suffering from the flu.

Over the course of Prince’s illustrious career, he released 39 solo studio albums, along with numerous live albums, compilations and other special projects. His final albums released were his 2015 offerings “HITnRUN Phase One” and “HITnRUN Phase Two.”

While his musical catalogue is vast, Prince is perhaps best known for his string of timeless classics like “When Doves Cry,” “Purple Rain,” “Kiss,” “1999,” “Raspberry Beret,” “Let’s Go Crazy,” “Little Red Corvette” and many more. Prince also wrote “Nothing Compares 2 U,” a song made famous by Irish vocalist Sinead O’Connor.

ZoomerRadio’s Robbie Lane will pay special tribute to Prince’s life and music on his program “The Eighties at Eight” this evening at 8pm ET. Friday at 7:45am ET, The Happy Gang will be joined by Canadian musicologist Eric Alper to chat about Prince’s music and legacy. You can listen live here.

Musicians, public figures and various organizations far and wide have begun paying tribute to Prince through a series of heartfelt social media posts:

RIP to @prince…a true artist in every sense of the word. Gone way too soon.

Prince was an original who influenced so many, and his legacy will live on forever. pic.twitter.com/Lvlls0wiiZ

I'm shocked to hear that Prince passed at such a young age. Musically, he could do it all: sing, play, arrange and produce. Love & Mercy

I LOVED him, the world LOVED him. Now he's at peace with his Father. Rest in power, @prince, my brother. pic.twitter.com/ZN6cc3WWuF

I can’t believe it, I’m in total shock. So many wonderful memories,
I will miss him. #Prince

Prince the doves really are crying now. Listening to your music. Remembering you. #RIPPrince

And just like that…the world lost a lot of magic ✨ Rest in peace Prince! Thanks for giving us so much…

I will miss a good friend who was so talented. He was such a great performer / guitar player. Sleep well Prince 🙏 pic.twitter.com/4EZLFyGw9X

So sad to hear of his passing. #Prince pic.twitter.com/6PIqgTfcm6

Shocked and saddened to hear the news about Prince. The music world will miss his prolific genius.

I loved this Man. Too soon. Can't comprehend it but it's unfortunately true. Heaven is yours. RIP #Prince #RIPPrince pic.twitter.com/EH8paEvn75

I'm in shock and deeply saddened- just found out Prince died. RIP to one of the MOST talented and unique artists of our generation…

Seems like I’m in a dream. Prince dead at 57. There are no words to describe this loss.

THIS is a profound, profound loss… RIP PRINCE pic.twitter.com/0nssheroWn

One of the greatest Super Bowl Halftime performances of all-time. #RIPPrince https://t.co/B6aHzYUCoG