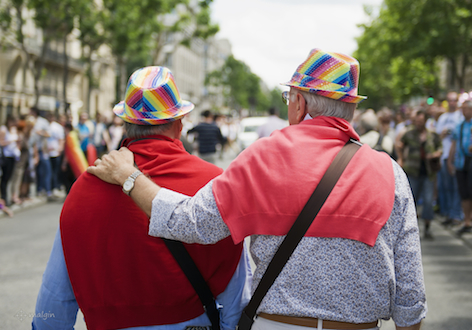 A nonprofit called Mary’s House for Older Americans is creating Washington, D.C.’s first home for LGBT seniors. With a six-unit facility to be created in the Fort Dupont neighborhood, Mary’s House is named after the mother of the nonprofit’s founder, Dr. Imani Woody, who herself is lesbian. Mary’s House will be joining similar developments in Los Angeles, Minneapolis, Philadelphia, and Chicago serving lesbian, gay, bisexual, and transgender seniors.

This article was published by Non-Profit Quarterly, June 23rd, 2015.  To see this article and other related articles on their website, please click here

Why a separate facility for LGBT seniors? “Targeted housing and services provide a safe space for seniors that are from a generation that is less comfortable with being ‘out’ and discussing the challenges they face as they age, such as loss, chronic illness [and] caregiving,” says Alayna Waldrum, a housing legislative representative at LeadingAge, a nonprofit coalition of organizations and foundations serving aging individuals.

Why build such a facility in D.C.? The District is the nation’s leader in the proportion of adults—10 percent—who identify as LGBT. Presumably, LGBT seniors are well represented in that population cohort but, as LGBT seniors, may face “discrimination at much higher rates than their heterosexual counterparts,” according to author Christina Sturdivant.

Sturdivant cites “The Aging and Health Report: Disparities and Resilience among Lesbian, Gay Bisexual, and Transgender Older Adults” to note that more than four out of five older LGBT persons have been victimized because of their sexual orientation or gender at least once in their lives, and more than three out of five victimized more than three times. As related to the rationale for a housing facility built specifically for an older LGBT population, victimization due to sexual orientation is only one of several factors that might make an LGBT-specific facility worthwhile for some people:

“Many LGBT older adults have encountered discrimination in employment and housing, impacting economic security. Experiences of discrimination are linked with poor health outcomes, such as depression among both chronically ill LGBT older adults and their informal caregivers…Nearly four out of ten LGBT older adult participants have contemplated suicide at some point during their lives. Among LGBT older adult project participants, an alarming number report disability (47%), depression (31%), and loneliness (53%)…Racial and ethnic minority LGBT older adults experience heightened and cumulative risks of aging and health disparities, as do LGBT older adults with incomes at or below 200% of the federal poverty level and those with a high school education or less. In our project, we found that 9% of all LGBT older adult participants are living with HIV disease, while more than one in five bisexual older men and nearly one in seven gay older men have HIV. These statistics are especially alarming given that by 2015, half of the more than 1.1 million Americans living with HIV are projected to be age 50 or older…More than one-fifth (21%) of LGBT older adults have not revealed their sexual orientation or gender identity to their primary physician, and bisexual older women and men are less likely to disclose than lesbian and gay older adults.”

The need for a supportive community that can help older LGBT persons open up and share experiences and needs seems evident in the particular challenges faced by this population, as the “Disparities and Resilience” study details. Earlier this spring, Services and Advocacy for GLBT Elders (SAGE), one of the organizations cosponsoring the study, launched a national initiative on the LGBT older adult housing crisis. Housing is a significant issue for older LGBT persons. A 2014 report from the Equal Rights Center documented the differential treatment this population receives in attempting to get housing in senior living facilities. The housing discrimination barriers faced by older LGBT adults in accessing senior facilities, compounded by reports of discrimination in the private housing market and very high rates of discrimination against transgender persons, makes for a compelling case for a housing initiative for LGBT seniors.

Dr. Woody began fundraising for Mary’s House last fall and hopes to receive funding support from the District of Columbia government, with the expectation that the facility would open in November 2016. The organization’s website says the planned opening will be in November 2015, but presumably the fundraising is slower than anticipated. Moreover, the $800,000 funding target is apparently only the construction budget. One might suggest that even with rents that the tenants might pay, there will be operating costs to be addressed to provide the residents with the supports they need—which is why they would be seeking LGBT-specific senior housing in the first place. The Facebook page of Mary’s House indicates that the site had already been selected and some early stages of construction started.—Rick Cohen