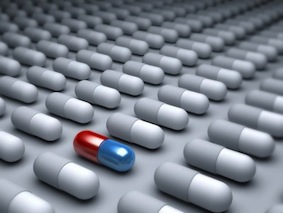 Toronto, ON: CARP welcomes the expert roundtable discussion on pharmacare and Dr. Hoskins’ leadership in working to reduce the cost and improve access to drugs to ensure equitable access for all Canadians. But, CARP members will expect action to follow as Canada remains the only industrialized country with universal healthcare that doesn’t provide citizens universal drug access and coverage.

According to the CARP Poll, three-quarters of CARP members want governments to move on universal pharmacare and a majority agrees that drugs should cost the same across Canada. In another CARP Poll, CARP members said that they are in favour of national drug purchasing and coverage strategies as the best way to bring down the cost of drugs. Overall, regardless of what mechanisms and approaches are used, universal pharmacare should do the following:

Among the considerations should be:

It is clear that Canada needs to change and that the status quo will not only result in avoidable costs both in dollars and people’s health. Reform is needed to ensure that drugs are affordable, accessible, and the system will be sustainable.

“CARP members will appreciate that Dr. Hoskins and his provincial counterparts are taking steps to bring down the rising costs of needed medications and to ensure equitable access for all Canadians regardless of pocketbook or postal code. The federal government must add its clout to bring the promise of pharmacare into reality,” said Susan Eng, VP Advocacy for CARP

Canadians across the country are frustrated with the current system since many interact with the system regularly and take more than three different prescription drugs at any given time. According to CARP’s Poll, due to the financial burden of prescription drugs, 10% of CARP members admit to skipping prescription drugs. The C.D. Howe also made a similar observation in BC indicating that patients are less likely to use drugs at higher costs. When BC’s public drug system changed from an age-based approach to an income-based approach, under which drugs became more expensive for some, there was a decline in seniors’ access to drugs while the use of other healthcare services increased.

Conversations around the need for pharmacare reform have been taking place for many years. Notably, a watershed paper released in 2010 by Marc-Andre Gagnon of Carleton University researcher warned policy makers of the threat of rising prescription drug prices and the consequences that would have on public coffers and people’s ability to access drugs equitably.  He called for a universal public drug plan providing first-dollar coverage that would ensure fair access to drugs and contain rising drug prices. He calculated that Canadians could save 10% to 42% of total drug expenditures, which is equivalent to an astounding $10.7 billion annually. The potential savings in pursuing meaningful drug policy reform – to both governments and private payers – is significant.