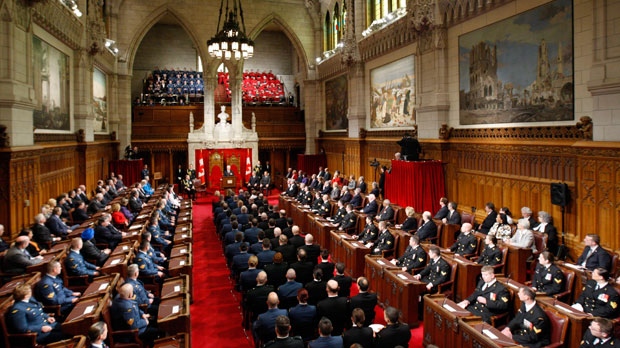 OTTAWA —Despite its popularity, Conservative MP Michael Chong’s bid to empower MPs and shift the balance of power between caucuses and party leaders, is poised to die on the floor of the Senate as the fall election draws nearer.

But a room full of Senators has no business stalling a proposed piece of legislation dealing with reforming the House of Commons — and which the House passed more than two months ago, Chong said.

This article was published by Global News on May 18th, 2015.  To see this article and other related articles on their website, please click here

“The Senate needs to respect the constitutional independence of the House of Commons,” he said in an interview on The West Block with Tom Clark.

But the question remains: with only 16 sitting days left in the Upper Chamber before Parliament packs up for the summer, is there enough time to pass the bill?

Pointing to the recent passing of the Conservatives’ massive anti-terror bill, C-51, Chong noted the houses of Parliament are capable of speeding up the legislative process.

“There’s no reason why the Senate can’t pass the Reform Act, which is only six or seven pages, by the end of June,” he said. “The question is whether or not the Senate has the will to pass the bill.

When Chong first introduced the bill, he said it was time to restore power to parliamentarians vis-a-vis their party leaders, in order to make the Commons more responsible to the voters who send MPs to Ottawa.

He proposed giving party caucuses the power to review and eject party leaders, to select their caucus chairpeople and to decide on the ouster and reinstatement of colleagues.

Two and a half months ago, after a lot of debate, amendment and compromise, the Reform Act received overwhelming support in the House of Commons from all parties.

Although the Conservatives hold a majority in the Upper Chamber, the Liberal senators are also responsible for holding up the bill, and it’s up to all Senators to ensure the bill passes, Chong said.

“I think there would be a crisis of confidence in the Senate if it were not to pass this bill before the end of June,” Chong said. “It’s no secret that the Senate’s reputation is at an all-time low because of the recent scandals. I think if the Senate were to not pass this bill … it would further diminish the legitimacy of the Senate in the eyes of Canadians.”