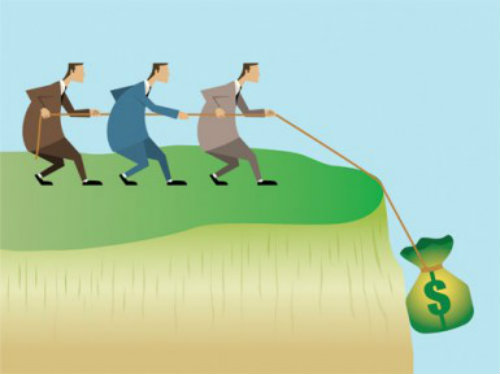 Once upon a time, growing old often meant growing poor. As recently as 1976, 37 per cent of Canada’s seniors lived in poverty.

But that year, the first group of retirees to receive full Canada Pension Plan benefits hit age 65. Other programs such as Old Age Security and the Guaranteed Income Supplement for low-income seniors started to have an impact. Workplace pensions were strong. And by the 1980s, investments through vehicles such as mutual funds were becoming popular.

As a result, since the 1970s the poverty rate for seniors has been slashed dramatically. By 2010, Statscan says a mere 5 per cent of seniors were living in poverty, once the impact of government benefits was taken into account. Canada’s seniors are far less likely to be poor than those in most other developed countries, and less likely to be low-income than other Canadians.

This article was published by Globe and Mail on February 20th, 2015.  To see this article and other related articles on their website, please click here

Economist Lars Osberg has called this “the major success story of Canadian social policy in the 20th century.” He’s right.

Canada’s challenge for the 21st century? Ensuring the next generation of retirees enjoy at least as good a standard of living as current golden agers – while also offering them more opportunities to keep working past retirement age, and keep giving back to a society that needs them.

A little more than a half-century ago, there were eight working-age Canadians for every senior citizen. By 2013, the so-called dependency ratio had fallen to 4.5:1. By the 2050s, this ratio is expected to be only a bit higher than 2:1. The question is whether this older Canada will be a less productive and dynamic country, or a richer country where people not only live longer, but lead fuller lives – lives that include something other than automatically ceasing work at age 65.

This week, Sun Life released its annual “Unretirement” report. It calls unretirement “the growing trend away from early retirement – by choice or economic necessity – and toward continued work past the traditional retirement age of 65.” The report’s findings suggest that more Canadians than ever expect to forgo or postpone a traditional retirement. That’s partly a sign of trouble, and partly an opportunity.

If people are working past the traditional retirement age out of necessity, that’s a problem. But if they’re working by choice, that’s a huge positive – for seniors, and for a Canadian economy that needs them.

In part, this is a story about a generational shift. Canadians are living longer and healthier. And lots of people, especially in white-collar jobs, are as productive as ever in their 60s. They like their work, and their employers rely on them.

But the shift in attitudes the survey documents – in just seven years, the percentage of workers expecting to continue working full-time after retirement age has doubled, while the number planning on retiring at 65 has been halved – is also about hard economic realities.

Stock and bond markets have had a remarkable run since 2009, but before that came a recession that decimated portfolios, and made many Canadians extremely risk-averse.

More importantly, today’s workers have less extensive corporate pensions than their predecessors. Companies spent the past three decades scaling back formerly generous defined-benefit pension plans, which guaranteed workers a certain level of income come retirement. Outside the public sector, many workers don’t have any workplace pensions at all, and those who do have defined-contribution plans, which are savings vehicles and not true pensions. They offer no guarantees.

That partly explains why, when the survey asked, “Do you think there is a serious risk you could outlive your retirement savings?,” workers gave a very different answer from retirees. Only 14 per cent of the already retired said yes, compared with more than one-third of working-age Canadians who answered in the affirmative.

Some of that may have to do with a fear of the unknown on the part of future retirees. But the disparity also likely reflects a fear of the known. Today’s average retiree enjoys greater retirement security than their kids will. Worrying about that isn’t paranoia. It’s a case of younger people firmly grasping reality.

The challenge for Canada is threefold.

The basic retirement safety net has to be kept strong, so that Canada’s level of senior poverty remains among the lowest in the world. Few seniors live in poverty, and few Canadians need worry that this fate awaits them.

But the more common concern – that middle-class workers may find themselves forced to struggle with a lower standard of living as retirees – is very real. That’s why, as workplace pensions have understandably been scaled back, an expansion of the Canada Pension Plan makes ever more sense. CPP has been one of the keys to reducing senior poverty and increasing income security for middle-class seniors.

Finally, corporations, the tax system and government policy have to become more flexible, removing barriers and disincentives for those who want to keep working after age 65. Between 2001 and 2012, the percentage of seniors in the labour force rose from 6 per cent to nearly 13 per cent. Given the pull of an economy that can’t afford to lose skilled workers and the push of seniors enjoying greater health and longer life expectancy, Canada needs that figure to continue going up – but only if it’s rising for the right reasons.