The room was packed, standing room only and the excitement was electric, indeed palpable.

Lillian and Murray Morgenthau and I had first met nearly three decades to the day in our old neighbourhood (Bathurst and Lawrence where Bathurst Heights Collegiate and Vocational Institute was our common denominator, David Cravit and Holly Vengroff, nee Morgenthau are also alumnae). She mentioned her intentions with respect to CARP and when I indicated that my wife Donna and I had moved to Peterborough she suggested we start a chapter there. At the time I did not think she was serious but years later I discovered that she was when she introduced me to Bob Hutchinson and Shirley Geller who became the impetus behind the Peterborough Club’s inauguration. That was pre 15,01,15 by a decade and a bit. Indeed the club has come of age and entered her adolescence. Put another way at thirteen years of age she is now a teenager.

When I looked to the front of the room I was delighted to see a plethora of talent. From CARP Headquarters in Toronto were Anthony Quinn Director, Community Development and Elise Kayfetz, Manager, Community Programs both of whom are highly skilled and fully trained professionals in areas direly needed here in Peterborough. Locally speaking were two community leaders. Dr. Jennifer Ingram, a highly regarded Geriatric Physician here in town and Chris Kawalec, Community Social Plan Coordinator, City of Peterborough. With a CARP chapter led by a team like this I said to myself, we can’t help but grow to a size and style deserving of the demographically oldest community in the country.

As Barack Obama, President of the USA, said the night before ie January 14, 2015, in his State of the Union address, “It is time to turn the page.” CARP Canada is much more sophisticated and influential now and indeed on our State of the Union equivalent ie Budget Eve is approached by National Ministers of Finance on matters senior.

To those on the B Team who brought us to where we are today here in Peterborough:
Denis and Mary Garrod
Rob and Johanna Colthoff
Robert Hutchinson
Olive Bailey
Shirley Geller
Harry Herman 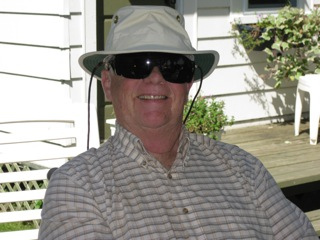