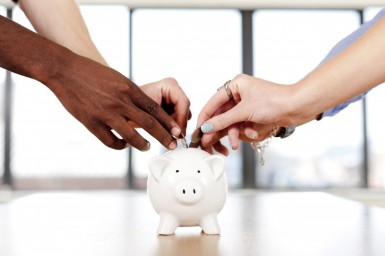 Canadians who dont have a pension often cast an envious eye at their friends and family who work in the public sector, maybe as nurses and hospital technicians, teachers, firefighters, police or municipal workers.

This is because 76 per cent of private sector workers dont have a pension of any kind. But 86 per cent of public sector employees do. Most public sector pensions are the best kind ; defined benefit plans paying a monthly amount for life. Many are adjusted for rising inflation.

If you were one of the have-nots, a diligent saver socking away all you could in a Registered Retirement Savings Plan, the 2008-09 stock market crash made you worth up to 40 per cent at the bottom. Markets have recovered ; the current plunge notwithstanding ; but even so, public sector pension envy has been on the rise. Safe. Secure. Indexed.

This article was published by CBC News on October 16th, 2014.  To see this article and other related articles on their website, please click here

A recent Toronto conference on pension reform sponsored by Canada’s Public Policy Forum, took a closer look at the divide. Critics say public sector plans are unaffordable and unfair, and should be wound up. But would it really be cheaper and fairer to do so?

Billionaire investor Warren Buffett said this spring that public pension plans threaten the financial health of U.S. cities and states. He said everyone has underappreciated the gigantic financial tapeworm created when the pension promises were made.

Former provincial Conservative party leader Tim Hudak brought the debate out of the shadows in the recent Ontario election. He pledged to grandfather the current defined benefit model for public servants and move to defined contribution plans which shift a lot of the risk onto employees.

Defined benefit plans guarantee that monthly payment and you can sleep easier because professionals manage the money and your company has to ante up if there’s not enough in the pot.

A defined contribution plan is one where employer and employee contribute, but the size of the pension pot varies with market conditions. When you retire its up to you to invest and manage the money. The risk is yours.

About 12 per cent of private sector workers have a defined benefit plan, a number that has been steadily declining. Companies don’t like these plans because investment returns are hard to predict and whatever happens to markets the risk is all theirs.

Robert Brown, a retired professor of actuarial science at the University of Waterloo, told the conference that pension envy aside, its a bad, bad idea to wind up these public sector plans. Brown co-wrote a paper with colleague Craig McInnes that looked at the cost of conversion.

Brown summarized the finding by saying it will cost us a lot of money to cap the plans. Going forward, retirees would end up with a smaller pension and at the end of the day taxpayers would foot the difference with income supplements.

It is a lose-lose, Brown said.

Here are some of Browns other conclusions:

In the end the message wasn’t so much that public sector pensions are too rich, but that workers in private sector have been abandoned. Their employers are leaving them to make retirement decisions they are often ill-equipped to make, in an increasingly complex and unpredictable world.