The Middle-Aged Guide to Growing Up: Bush League - CARP
Join Donate Sign In 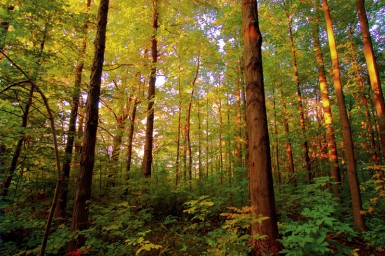 Im a Boomer and when I was born, I first lived at Heart Lake in Brampton, deep in the bush outside of Toronto, at the end of a long rutted road. Of course, Brampton is a jam-packed urban community now, with a big city mayor and big city scandals, but the bush is never far away in this country, where we snuggle up to the southern border and leave most of the land to the moose.

Ive had a lot of interesting jobs, but among the most awe-inspiring and scenic ones were in the bush; as a prospector, a timber cruiser and a surveyor. Ive crossed the Divide at dawn in a helicopter, seen the sun rise over the snowfields to the strains of Bach on the earphones, Ive walked forest floor that none but wildlife have walked, not even First Nations people. Ive snowshoed through the trackless northern forest, talking to the Whisky Jacks and eating lunch on a stump in the snow.

I did that rite of passage for every Canadian Boomer during the 70s, driving across the country to BC with friends in a van. In my case, younger sister and a buddy. We had a great trip, wed tricked out the van with cabinets and beds and speakers and a stove, we spurned campgrounds for pull outs on the highways, fireroads and rutted lanes. We woke up with cows peering in the windows..

When we got to Vancouver, we camped out on city streets and friends driveways in the van and took jobs, all three of us, selling Texas desert lots in the uninhabited Victoria Mountains, $1000 for 5 acres. We did it from a phone room on Marine Drive, for a dodgy American guy with an Alfa Romeo 1750 GTV and the hots for younger sister. If I knew then what I do now, Id have bought one of those lots, that was beautiful country, and totally isolated.

I wangled a job with a very respectable timber survey firm. Timber surveying is a big business in BC, and requires good legs and a head for math. We worked in crews of four, lived out of motels, had our lunches made and ready for us by the motel restaurant in the first hours before dawn, and we spent all day in the bush.

Timber cruising involves doing a series of random plots, where you count the cubic footage of the timber inside the plot. If a tree is very large, but far away, it can still be in the plot. The smaller the tree, the closer to the centre of the plot it has to be to be included in the count. Then the diameter at breast height (DBH) of each tree is measured, and the height (with an inclinometer and a surveyors chain. And some trigonometry). A simple formula yielded the cubic footage of lumber in the plot.

Occasionally Id encounter giants of the forest, unimaginably large cedars or Giant Firs, as big around as a circus tent, and Id subtly alter my trajectory to make sure they stayed out of my plots. In theory, I wasn’t a very honest timber cruiser, kind of missing the point of the exercise.

Giant Fir, or Abies Grandis, is a prized silviculture tree, but rare, and hard to find. If you find a Great Fir, and can get some live pine cones from it, each petal contains a seed, and back then, a seed was worth a dollar. So lots of timber cruisers carried .22 rifles to shoot down pine cones from 300 feet up. It was a lucrative side-business I never benefited from because I didn’t have a rifle.

There was the winter job, where we crossed the Divide on the way to work in our chopper at dawn each day. There were jobs on Vancouver Island, where the forest floor is so thick its jungle, and the trees are so big you cant see their tops in the fog.

Later I worked for an old prospector. His nephew and I were his crew, and we traveled in a clapped-out old Land Rover. We did a job in the Omineca Range, staking claims. Our camp was a one hour chopper flight in from the end of a 140 mile dirt road. It was isolated beyond belief. It was early spring, and there was still snow on the ground when we arrived for a 6 week stay. We had provisions for that long, and no more, space in the chopper was limited.

While we were working, surveying and cutting lines through the bush and staking claims, I cut myself quite seriously on the knee with my chainsaw. Typical camp accident. But there was no way out, and no doctor and not much of a medical kit. I was several klicks away from camp, so I bound my leg with plastic flagging tape and toilet paper, and using a claim stake as a cane, hobbled back. One day off, letting it knit, and I was out again. I still have the scar, one of many.

At the end of our stay, the food started running out. Towards the end, all we had were canned kippers and saltine crackers. A bear attacked the camp one morning early, and our boss shot him with his Winchester. We ate bear for the next two days and bear tastes terrible. We were so glad to see that chopper come.

When we landed back at base camp , we found the couple who owned the big log cabin at the end of the 140 mile dirt road where wed started from were throwing us a bush party to celebrate our return, along with two other crews. That party was like nothing Id ever seen, bearded prospectors out of the woods for the first time in months, dogs seeing other dogs for the first time, 4-by-4s full of beer and whisky, miners and loggers and prospectors sisters and daughters dressed in their best, looking for husbands. I fell asleep that night in an outhouse and no one woke me, just used the hole beside me.

We set out on that long road the next morning. It was slow going. The Land Rover was loaded with all our camp gear plus the samples we had collected, and us. It was missing a leaf spring in the rear and had a distinct slant. There was very little room inside, and there was a huge canvas covered bundle on the roof, with an enormous moose skull I had picked up strapped on the front. That moose skull went on to live over the fireplace at my house in the city. After about 100 miles, we were running low on gas. The next stop was still 40 miles down the dirt road, so we first used up all the spare chainsaw gas (mixed with two-stroke oil), then we switched to naptha fuel for the camp stoves. By this time the Rover (which is famous for being able to run on an alcoholics pee, if necessary) was farting and belching blue smoke. We were adding used chain oil by the time we grunted into the gas station in Fort St John.

Camping isn’t romantic for me. Its what you have to do, if you work in the bush. I have seen improbably romantic things, though, like wolves across a frozen river howling at a mountain moon, mounds of lupins surrounding unknown lakes and vista from a mountaintop that included miles of forests and wildflowers and no human traces.

There’s a lot of bush in Canada, more than enough for all of us. More of us should get to know at least a little bit of it.