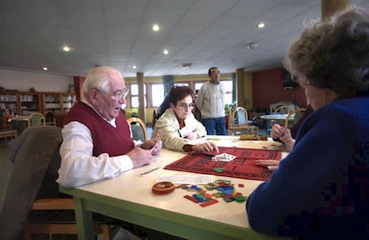 All Work and No Play: Ontarios Retirement Crisis

How could the federal government help Baby Boomers and Generation X financially plan?

The Institute for Research on Public Policy released a report in 2012 that concluded that an universal public insurance financing scheme is the best option, compared with private savings and private insurance.

The report highlights two ways the government can help. One is to create a medical savings account, similar to an RRSP with tax exemptions specifically to cover future LTC services. The other option is a reverse mortgage, which report authors suggest may not be the best option for Canada since few seniors have houses sufficient in value to cover the cost of formal care services they will need.

This article was published by The London Community News on April 24th, 2014. To see this article and other related articles on their website, click here.

CARP has long advocated for aging at home, which it said includes a better long-term strategy that takes into consideration the whole person, including their financial needs.

CARP cites Germany as a good test case for alternate ways of funding and providing LTC. Germanys population is older than Canadas: more than 20 per cent are 65 or older; five per cent are older than 80.

Germany, like Japan, Korea, the Netherlands and Luxembourg, provides universal coverage for LTC, which operates much like the Canada Pension.

Since 2008, total contributions for the first 44,550 Euros of annual income are 1.95 per cent, split equally between employer and employee.

Since LTC insurance is meant to provide a baseline of care, German citizens are free to purchase supplementary private LTC coverage, which more than 1.58 million Germans did as of 2009.