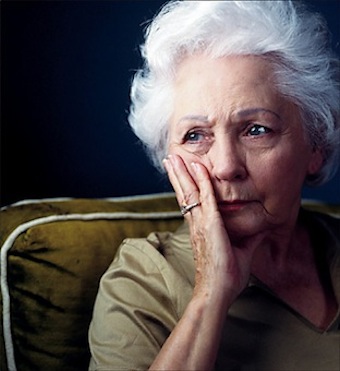 When Ross Armstrongs 85-year-old mother opens her door after 9 p.m., he’s alerted via text message. He’s also notified when she’s been out of bed for a long period of time at night; there could have been a fall.

Armstrongs mother has Alzheimers disease and problems with her short-term memory. She cant recall things that happened as recently as five minutes ago. His mother lives alone in her home in Victoria, B.C., so with her permission, Armstrong installed cameras and motion sensors a few months ago to monitor her.

While NSA leaks and reports of CSEC spying on Canadians have made privacy and surveillance a growing concern, for seniors its becoming a way to maintain their independence.

Andrew Sixsmith said people are actually asking him to create Big Brother to help the elderly. The director of the Gerontology Research Centre at Simon Fraser University said monitoring technology has certain benefits, especially for older people who may be isolated and want to preserve their autonomy for as long as possible.

This article was written by Victoria Stunt and published by The CBC on March 9th, 2014. To see this article and other related articles on their website, click here.

As a result, many senior citizens are voluntarily being tracked by their caregivers so they can stay in their homes longer.

The alternative is often a nursing home, which in terms of surveillance and loss of privacy can be a lot worse. Sixsmith said seniors are prepared to compromise their privacy by allowing monitoring technology in their homes if it means staying at home.

The Armstrongs installed a Canadian system called Care Link Advantage, one of the many monitoring products that are gaining traction throughout the U.S. and Canada as the demand grows. The number of seniors in Canada is rising, from 12.6 million in 2001 to an expected 18.5 million by 2021, according to Statistics Canada. By 2051, it projects one in four Canadians will be 65 or older.

As a result, technologies ranging from robots to talking pet avatars are being rushed to market to aid people in aging gracefully in their homes.

Care Link Advantage, specifically, is a system that uses a series of cameras and motion sensors placed around a home. When these sensors and cameras note something out of the ordinary, a text is sent to the caregiver to alert them something may be wrong. The caregiver can then check on their loved one through cameras or call them to see if there really is an emergency.

It was meant to create safety and security for the senior, and it was meant to alleviate the stress of the caregiver, said John Whitehead, president of Sudbury, Ont.-based Care Link Advantage. Seniors get to live where they want to live. Caregivers get to grant their parents their wishes, and do so without having the burden placed on them.

The price ranges from about $130 to $150 a month. Care Link Advantage is fully funded in New Brunswick, so if families so choose, the province will pay for the monitoring system. In comparison, nursing home costs vary from province to province, but in Ontario a private room in a government-subsidized home costs about $2,300 a month.

Since 2005, the wait times for nursing homes in Ontario have tripled. According to a report from the Canadian Association of Retired Persons, 80 per cent of elder care is delivered by family members, and long-term care facilities are becoming less and less accessible.

Lively is a similar system of sensors made in the U.S. that is expected to be launched in Canada later this year.

This type of technology might have helped Mel Chipka stay in her home longer. The 97-year-old now lives at the River Ridge assisted living retirement home in Winnipeg, and says she thinks surveillance technology is a positive thing.

Its good for your location to be known, so that if you fall, if you have a heart attack, if you have a seizure, if you just feel really lousy, she told CBC radios The Current. It would be good for someone to be there to assist you.

‘Nobody’s business but my own’

But not everyone at River Ridge is in favour of it. Clarence Church, who is also a resident, said he wouldnt want a camera looking in on him at home or in the care facility.

I figure what I do in this building is nobody’s business but my own, he said. You don’t want anybody to always be looking over your shoulder. I think older people do have a right to privacy.

According to Simon Fraser Universitys Sixsmith, that’s an important consideration when monitoring elderly parents. One of the biggest issues of bringing surveillance technology into a seniors home is that its one of the places they still have control over.

If it doesn’t have a lot of day-to-day impact on a person, then people tend to forget about it. But if you get checking up on people, you can visualize that people will start changing their behaviours.

Owen Grant said he was conscious of this when his family turned to surveillance technology for his parents. They needed to be alerted about things such as the couple failing to take their pills, but at the same time didn’t want to make his parents feel like they were being watched.

You have to make it so that you weren’t really there, but you were.

Grants parents lived in an old farmhouse in P.E..I and had no interest in moving. They loved their home, but they had varying degrees of dementia. Grant lives in British Columbia and his four sisters live scattered throughout Canada. So, the siblings installed a monitoring system in their parents’ house.

It relieved a lot of stress and guilt because we couldn’t be there, especially being so far away, he said.

We sort of convinced them that we needed to have some kind of supervision, because they were opposed to having somebody move in with them, Grant added. They were just very common people. To admit that there was a problem was hard for them to do.

Although the whole arrangement can seem a bit intrusive, Armstrong agrees with Grant that the technology can relieve families of a lot of stress. Apart from visits by community health workers, Armstrong is his mothers daily caregiver and yet he lives about 20 minutes away on the B.C. island.

Its very similar to me coming over every half hour and just peeking in the door to say, Hey, are you OK? That’s all it takes, he said, describing the system that helps him monitor his mother. To be able to look after a family member in that way, I don’t see it as intrusive at all.