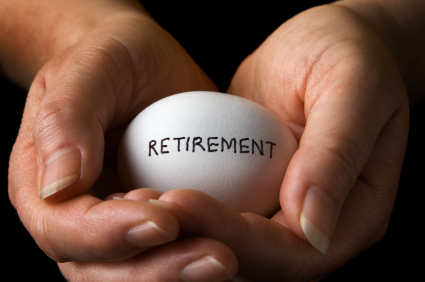 Canadians don’t save enough for retirement. Expanding the CPP is a good idea, but it must be done slowly and carefully.

When the Canada Pension Plan was established in 1965, it was on a less than solid foundation. The combined contribution rate of 3.6 per cent of pensionable earnings was much less than required to properly fund the benefits, and contributors could reach full benefit eligibility in as little as 10 years.

It was only in the 1990s that politicians addressed the need for adequate funding, which is now 9.9 per cent, again split evenly between employers and employees.

This article was published by the Halifax Chronicle Herald on January 3rd, 2014.  To see this article and other related articles on their website, click here.

The plan has many advantages. Administrative and investment expenses are low. Benefit entitlements transfer seamlessly if a member changes employer or province of residence.

The biggest disadvantage is that the benefit, even in combination with Old Age Security, does not replace enough pre-retirement income, and many Canadians have inadequate savings in private plans. In principle, expanding the plan is a good idea. But there are several possible pitfalls.

1. Politicians might be tempted to initiate the new CPP benefit with inadequate funding, as they did in 1965. Fortunately, this cannot be done without amending the Canada Pension Plan Act. So most proposals currently on the table have the increase in benefit being earned slowly. The Canadian Labour Congress version takes 40 years to reach the full new benefit.

2. Low-income earners who retire with small CPP benefits are today also eligible for the Guaranteed Income Supplement (GIS). For them, the combined post-retirement income often approaches or even exceeds pre-retirement income. An increase in CPP will be largely offset by reductions in GIS. Asking this group to contribute more for little change in benefit is not a good outcome. Accordingly, some of the current proposals do not make deductions or provide benefits on earnings below $25,200.

3. Some finance ministers might be dreaming that this can somehow bail them out of their public pension funding deficiencies. It will not and it should not.

4. As the assets in the plan become very large, finance ministers might be tempted to interfere with the independent asset management.

So the desirable elements in a new plan are a long phase-in to full benefits, a focus on middle-income earners, and rigorously protected independence from meddling by finance ministers.

It is surprising and disappointing that the federal government is so resistant to considering options. It is disingenuous to argue that the economy is too fragile to risk an increase in payroll deductions, particularly when the provinces have offered to defer the start date, or to phase in implementation even more slowly.

Finance Minister Jim Flaherty has rejected all of these proposals. His “not now” sounds a lot like “not ever.”

In response, Ontario Premier Kathleen Wynne has proposed to establish a provincial program, with open arms to all other provinces that want to join. In principle, many others would, but getting agreement on the details will be difficult, particularly when the lead is coming from Ontario.

The current Ontario government has a particularly sordid track record of lying about the cost of its decisions. For example, the cancellation of two gas-fired electrical plants cost hundreds of millions more dollars than initially acknowledged.

Although the governing party has a new leader, there is every reason to worry about the soundness of an Ontario-led proposal for new benefits outside the CPP. And such a proposal would create inefficient administrative duplication.

Meanwhile, advocacy groups have provided an instructive example of the use and misuse of polls.

The Canadian Federation of Independent Business poll of workers found that a vast majority said they preferred government policy solutions to boost retirement incomes that would involve lower taxes, new government incentives, or voluntary options over an expansion of CPP coverage and corresponding higher premiums. Only 18 per cent said they felt the best solution was “a mandatory increase in CPP/QPP premiums.”

In contrast, the Canadian Association of Retired Persons found that 71 per cent of 2,654 members surveyed strongly support an expansion of CPP benefits and felt the government should not stay in office if it does not expand the CPP. CARP’s members would not be beneficiaries of the changes, but neither would they experience any cost.

Canadians have shown little enthusiasm for making adequate provision for their retirement. The right outcome is a slow and wisely managed increase to CPP. Our best hope is that Mr. Flaherty has had a mellowing holiday, and becomes a more willing partner.